It is one of the most important archaeological parks in Apulia and testimonies the history of the ancient city of Egnazia (Gnathia) from the Bronze Age until the Middle Ages. It is divided into three big areas: the Western Necropolis, the Roman City and the Acropolis.
Since 2013 the Ministry of Cultural Heritage and Activities and Tourism (Ministero dei Beni e delle Attività Culturali e del Turismo – MiBACT) assigned the Archaeological Museum to Giuseppe Andreassi, ex-Museum’s manager, it is composed by thirteen rooms subdivided into seven sections. 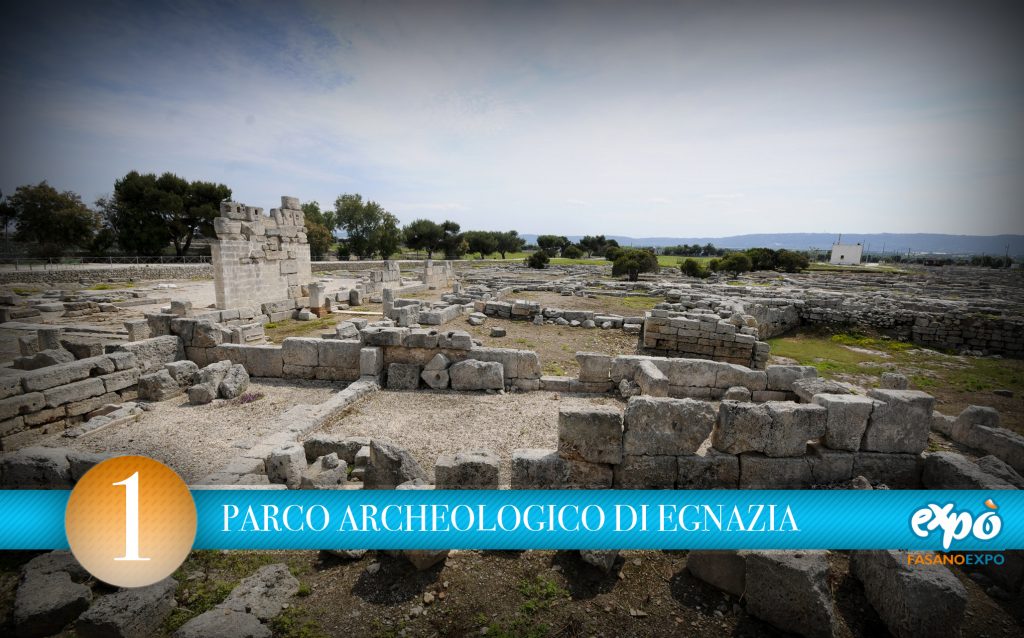 Known also as “Table of paladins ”,the Dolmen is located near Montalbano, a small hamlet in the municipality of  Fasano. It is one of the most ancient megalithic monuments in the area dating back probably to the Bronze Age, between the 3rd and the 2nd millennium B.C.
It is composed by three stone elements: two calcareous stones that sustain the capstone.
There are different hypothesis about its functions and purpose: according to some researchers it was a sacrificial altar, other ones maintain that it was a rudimentary sepulchre. 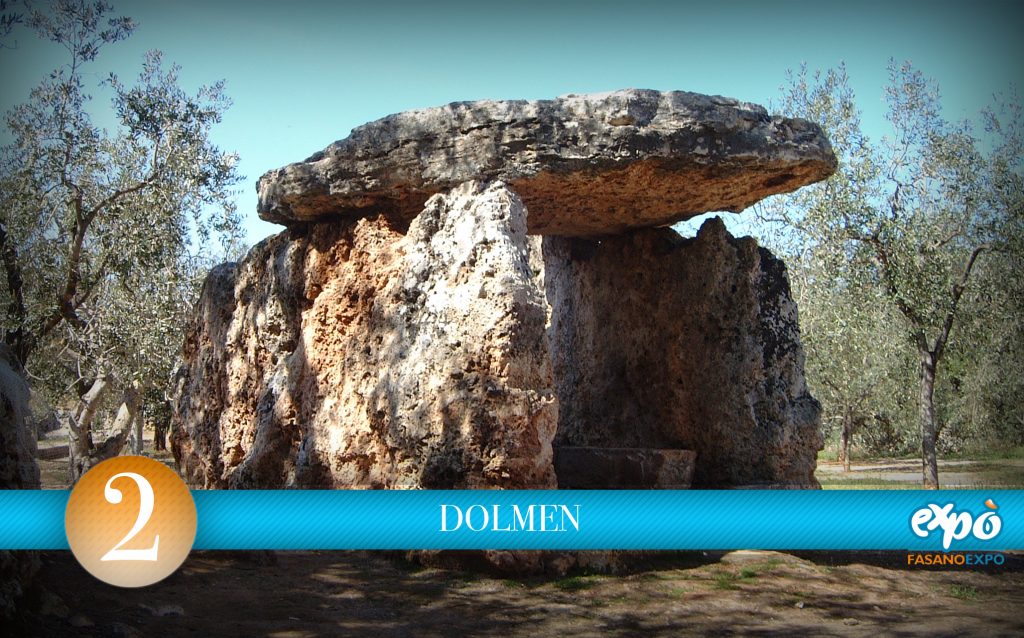 The rupestrian park of Lama d’Antico is one of the most suggestive rupestrian settlements in Apulia. The village is located in a “lama”, namely a groove shaped over the centuries by the flowing of ancient rivers that carved the calcareous stone. The area is characterized by a local rock easy to dig, called “tufo”, that allowed the establishment of a village made up of a series of different shaped and sized caves used as houses and workshops including also a church. 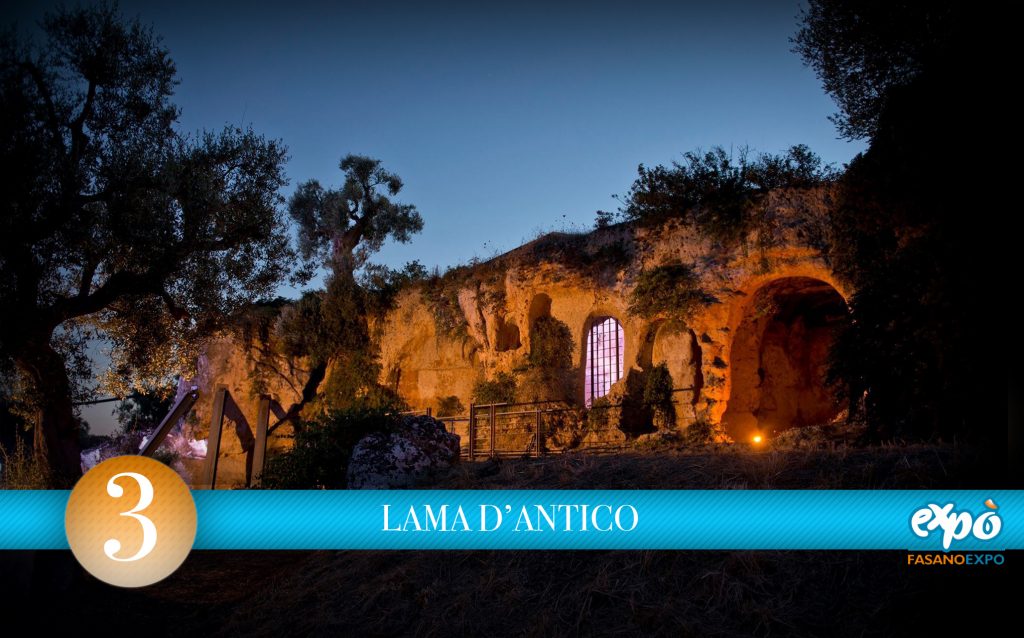 In Selva di Fasano there is the Minareto, an elegant villa in liberty-moresco style built at the beginning of the 20th century by the local painter Damaso Bianchi. Nowadays it is property of the municipality of  Fasano. 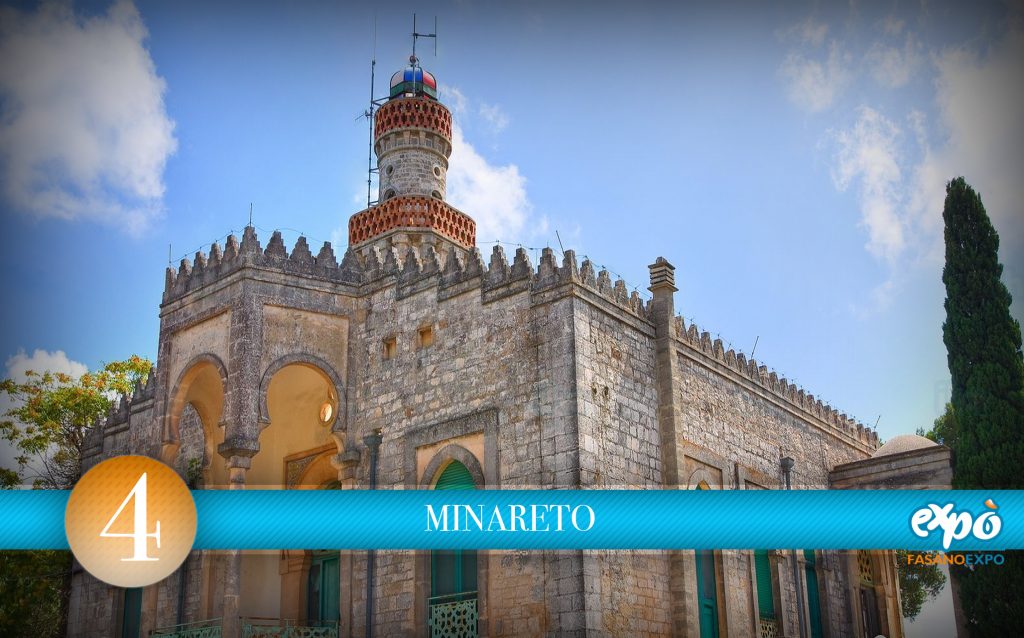 It is the symbol of the hamlet, built on its small promontory. Recently it has been restored and put back to its original beauty. 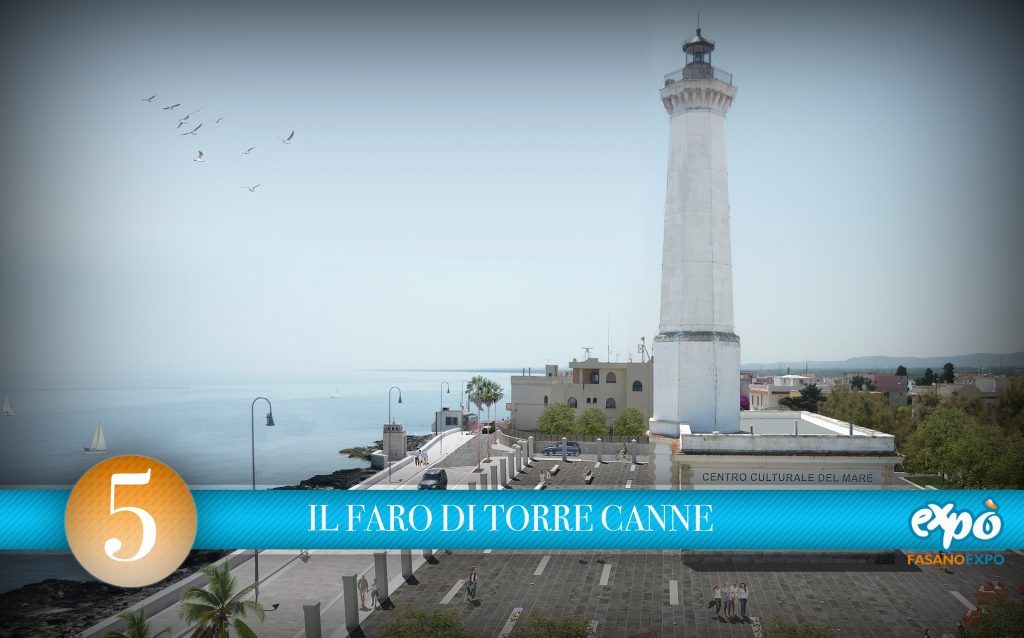 The masseria dates back to the 15th century A.D. It has the shape of a parallelepiped with four towers placed at the corners and seems to be a fortified castle thanks to the high surrounding wall. Formerly it had two purposes: a masseria for agricultural production and a fortification in order to reject attacks from the sea by the ottoman Turks. 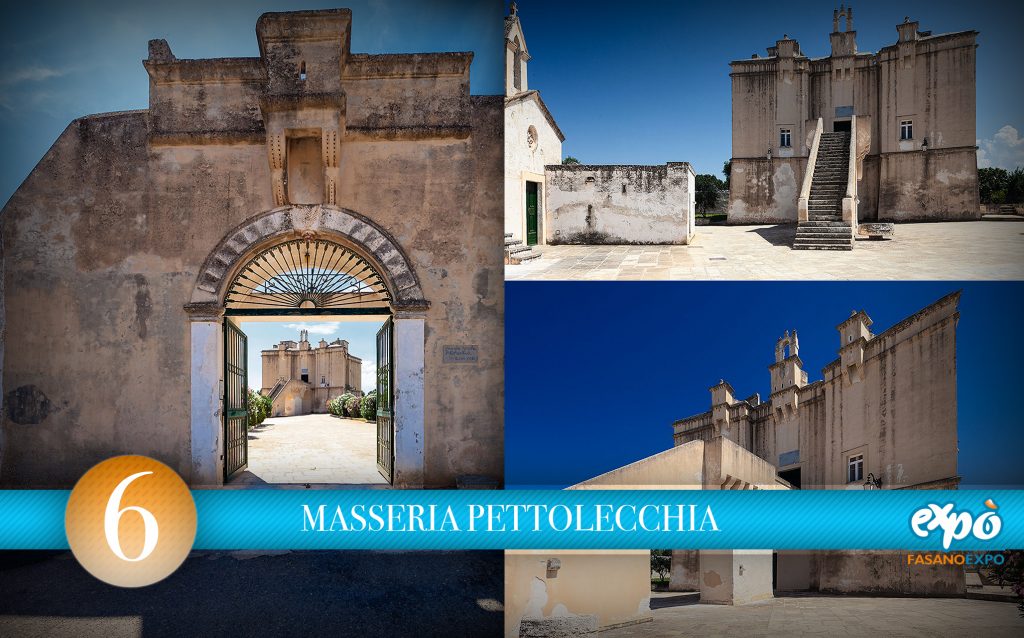 On the hills of Selva di Fasano, following the way of Viale delle Giritoie, it is possible to admire a breathtaking panorama made up by a multitude of century-old olive trees in the lowlands that join up the Adriatic Sea and where is located the territory of Fasano. 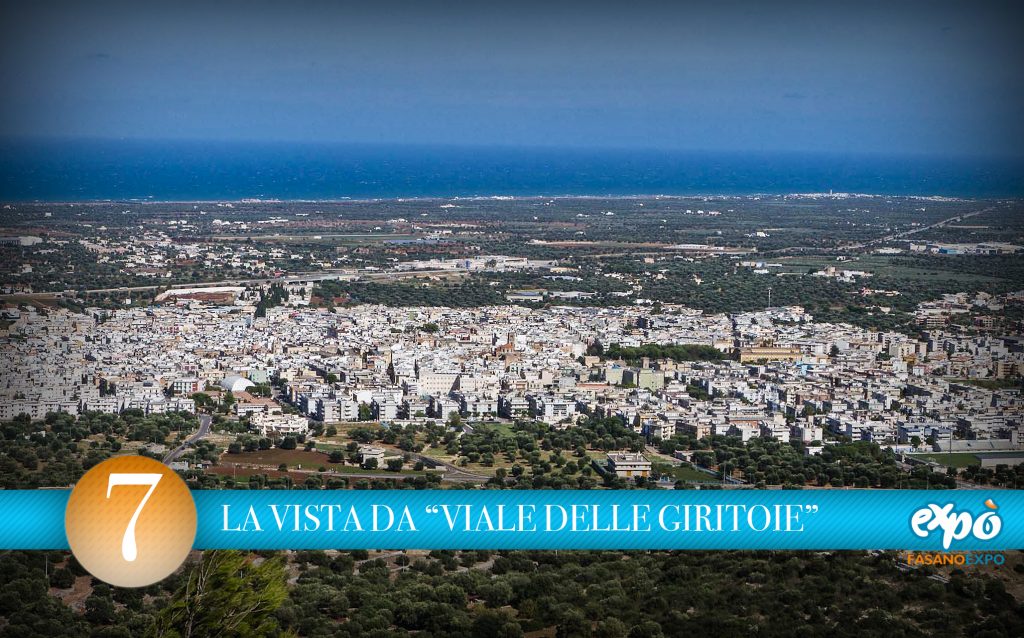 The Mother Church was built on the ruins of an ancient temple in 1594. It is dedicated to San Giovanni Battista (Saint John the Baptist) and to the Madonna of Pozzo Faceto (Our Lady of Pozzo Faceto). Its façade shows a Renaissance style and is made of calcareous and carparo tufo (local stone). The church has three aisles, the lateral ones had been obtained after the demolition of two gentilitial chapels. 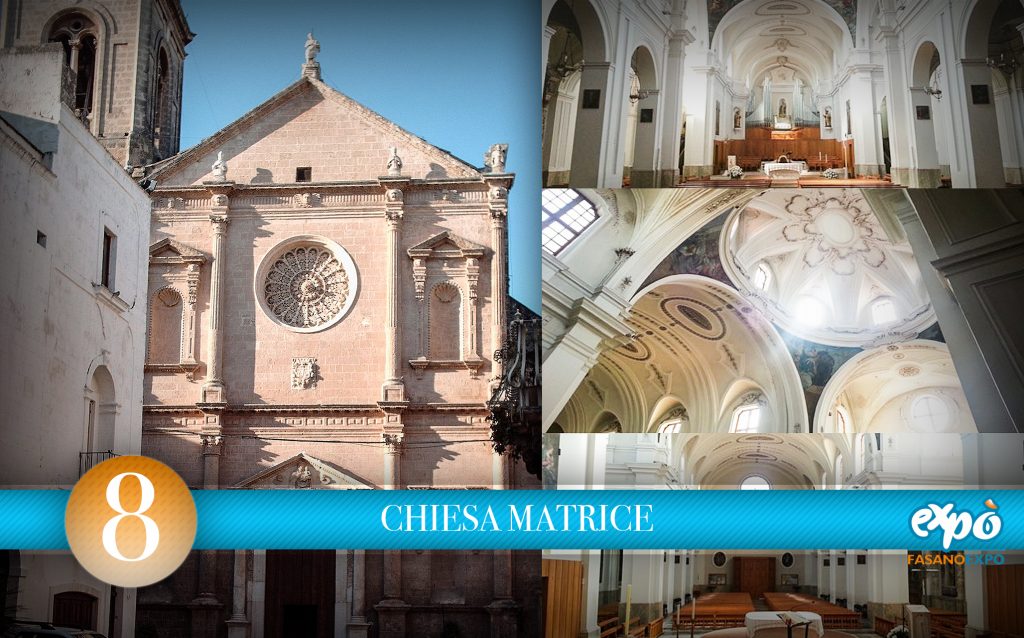 The Seppannibale’s temple belongs to a constructional building typology developed during the Longobard age in the 8th century, it is located in Masseria Calefati.  The church could have been dedicated to Saint John the Evangelist or to the Virgin, it  has a quadrangular plan with three aisles. A cycle with episodes from the Apocalypse is frescoed inside. 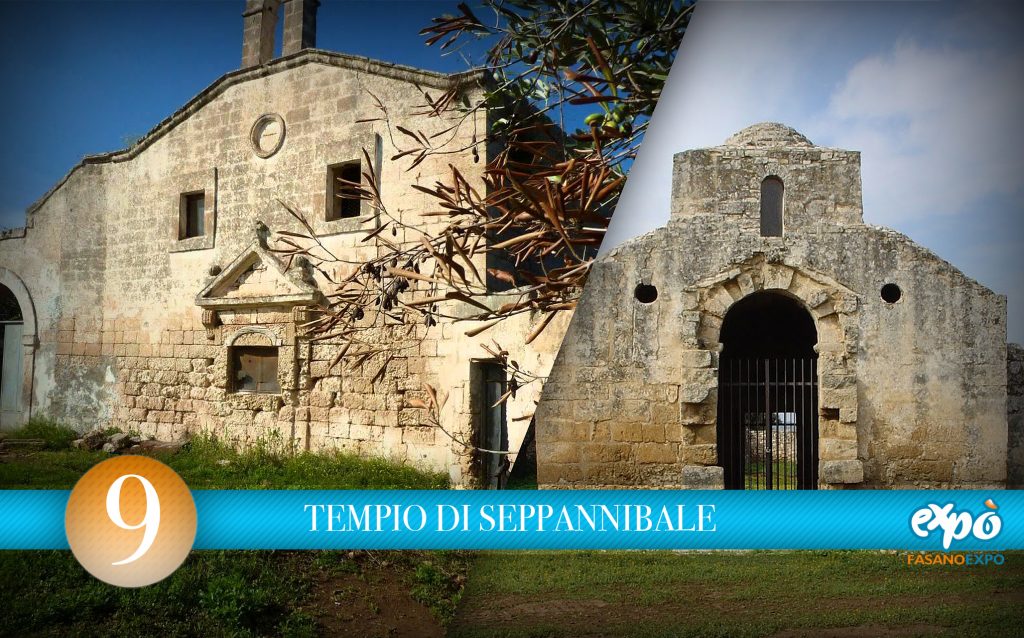 In Via San Francesco there is the only remaining defensive tower of the wall that enclosed the ancient part of the city of Fasano. Formerly there were 4 towers. 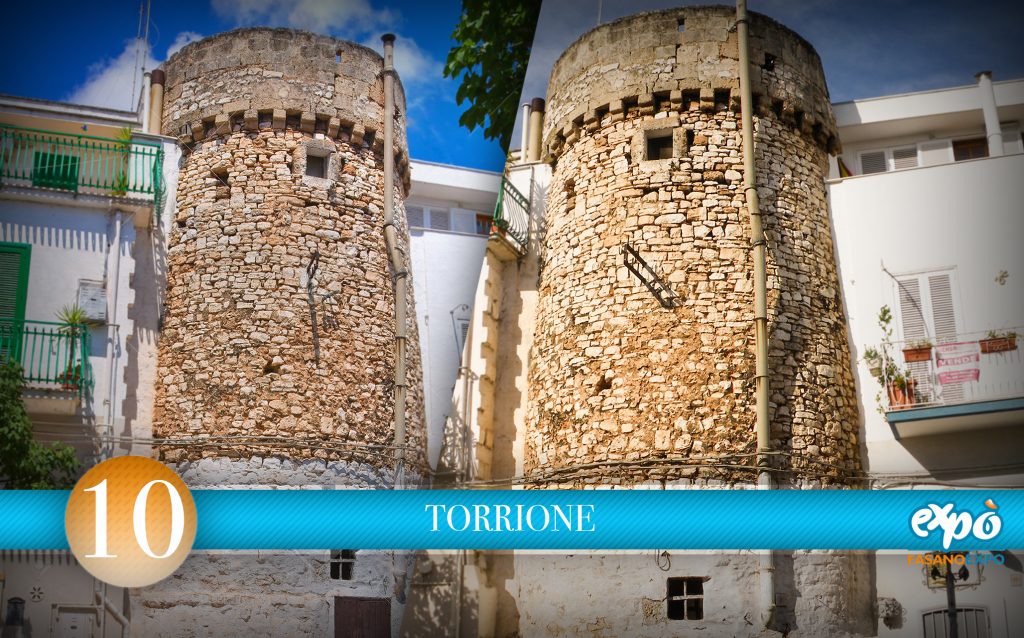